While we wait for Karsh's new album to hit the stores - here's a quiet release to wet your appetites. 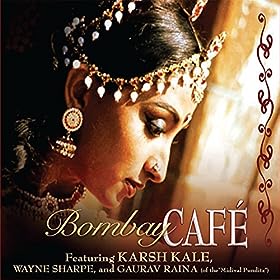 Disdain for digital in a digital age?

is? Considering MIDI, which practically every musician out there uses, has the word Digital right in it's name. Whatever it is...Talvin Singh disdain's it.

Eh whatever; rather than delve into what a hypocritically oxymoronic statement that is...I am just going to mention that Talvin's new album is going to be called Sweet Box (refer to link above).

YAY! the man is working on an album....I wonder if he used a digital keyboard while producing it.

I have a new favorite track in the asian massive genre....what I wanna know is how come no one I know and love is creating isht like this! Below is the link to the winner of KK's acidplanet.com Manifest Remix competition.

Now even though I entered a remix too (something I threw together in a few days). I think this track is simply amazing. What I wish I could do!

Now I in no way pretend to be on the cutting edge of what is going on in the South Asian music scene but I did want to share this with everyone. For the people who already knew....well now you know again!

INDIAN ROPEMAN IS ON MYSPACE!!!

And yes I admit that initially I wasn't too impressed by his album on Skint but as time has passed the album has grown on me. That, and I think I have realized what he was trying to do with his original album. He was far enough ahead of the curve that it was confusing then but makes complete sense now. If you don't get what I am saying you will, after hearing (and downloading!) the samples on his MySpace page.

Man with names like these, Pt Ravi Shankar, Sting and Bjork, and Karsh Kale on the backing - I CAN'T WAIT to her this one!

For the first time ever, sitarist Anoushka Shankar will collaborate with her sister Norah Jones in her upcoming album.